What does it mean that the fee is voluntary? It simply means that those who wish to pay to support the Church do so and those who do not want to don’t. The fact that the fee is voluntary also means that those who have limited means but still wish to pay to support the Church try to economise in other matters, such as phone costs. If for some people it is not possible to save the amount specified, for instance because they live on a meagre pension, they pay what they can afford to pay. Even a small contribution helps to pay for the upkeep and work done by the Church locally.

Who should pay the membership fee? The membership fee is to be paid by members of the Catholic Diocese who are 18 years of age or older and who have a taxable income, when they have lived a minimum of three months in Finland, regardless of nationality. Catholics of the Eastern Rites are also members of the Catholic Diocese of Helsinki. The duty to support the Church is not dependent on whether a member of the Church has registered as a member of a parish or not. 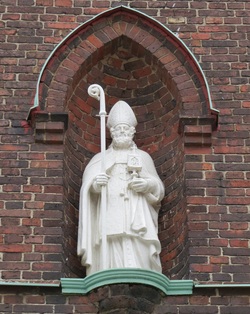 Almost everybody in Finland gets every year a paper from the tax office called veroehdotus (= tax proposal), ordinarily in the spring. It has several parts, one of which is the so-called verolippu (= tax bill). Take the tax bill of last year. It contains a list of incomes and deductions; first are mentioned the work incomes and then the corresponding deduc-tions. After this two data are mentioned, the so-called “verotettavat ansiotulot valtioverotuksessa”, i.e. “income taxable on a nationwide level”, and the so-called “verotettavat ansiotulot kunnallisverotuksessa”, i.e. “income taxable on a local level”. Take the figure mentioned in “verotettavat ansiotulot kunnallisverotuksessa”, and calculate 1.5% of this. In other words, multiply this figure by 0.015 to get your annual membership fee. Now divide that sum by 12 to get your monthly membership fee.

If you don’t get a veroehdotus (tax proposal), you’ll nevertheless get a verolippu (tax bill). In that paper “verotettava ansiotulo kunnallisverotuksessa” is under the section “selvitys verotuksesta”. For getting the membership fee you have to take the figure corresponding to “verotettava ansiotulo kunnallisverotuksessa” from your tax bill of the last year and calculate your membership fee as shown above. If that procedure does not seem satisfactory for some reason or other, please contact the financial director of the Diocese, Fr. Rudolf Larenz (e-mail ekonomi@catholic.fi or directly by phone 044-2909097 or the Bishop’s office 09-6877 460).

PLEASE NOTE: The membership fee in the Diocese of Helsinki is 1.5% for everybody. The Diocese uses the membership fee to support the parishes as well. However, the direct support of your parish is also recommended.
How should the membership fee be paid? Payments should be made to the bank account NORDEA 101430-237491, reference number (“viitenumero”) 90010. There are two possibilities of paying the fee: either you can use the giro form enclosed in this letter or you can pay through internet. The bank giro form already contains all the necessary data so that you only need to fill in your name in the box that reads “Maksaja”, sign (“allekirjoitus”) and fill in the number of your bank account (“tili no:”). If you want your bank to pay automatically every month the amount you have chosen to the Diocese’s account, just write in the field on the right (“viesti”) informally like this: “kuukausittain aina xx. päivänä, alkaen xx.11.2004 (= every month on the xxth day, beginning on the xx.11.2004.”). Please determine yourself the date ‘xx’. Finally fill in the amount of the fee in the field “Euro”. It is important to go to your bank personally and give it to the clerk; mailing the form is not sufficient.

In case you want to use the internet service of your bank, just follow the rules given by the program.

The obligation to provide for the needs of the Church 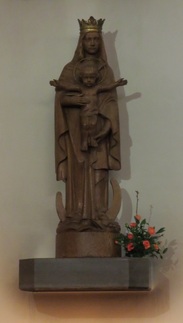 Canon 222 §1: Christ’s faithful have the obligation to provide for the needs of the Church, so that the Church has available to it those things which are necessary for divine worship, for works of the apostolate and of charity and for the worthy support of its ministers.

Canon 1260: The Church has the inherent right to require from Christ’s faithful whatever is necessary for its proper objectives.

The presently valid Law of the Catholic Church entered into force in 1983; in autumn of that year the Nordic Bishops Conference stated that Catholics in the Nordic countries have a duty to support financially their parish as well as their Diocese. This can happen through voluntary collections as well as by Church taxes. The amount of Church taxes in a given country should be lower than the Church tax imposed by the State (for other churches). The particular way of putting this principle into practice is left to the discernment of the corresponding diocesan Bishop; similar regulations exist in many other countries.

This decision of the Nordic Bishop’s Conference was approved by the Vatican on October 5, 1985. In the Diocese of Copenhagen, a so-called voluntary Church tax was introduced in 1997. In 2000, the Diocese of Stockholm was granted the right of getting Church tax (1%) through the State. That tax is voluntary in the sense that a Catholic can ask for dispensation, which is always granted. In Norway and Iceland, the State supports in different ways all the Churches.

Which place occupies the membership fee in a normal household?In the context of this question, you might wish to become familiar with some facts of economic life in general, which might help you analyze your own household, in particular. The following data stems from the Statistical Centre of Finland (Finnish Statistical Yearbook/Suomen tilastollinen vuosikirja). 8.8% – 10.6% of the consumption of income falls under the section “culture and free time”, almost independently of whether the income is high or low (nro 423 of the Statistical Yearbook). 1-2% of expenses due to religious issues such as collections on Sundays, membership fee and the fee for the diocesan periodical FIDES should easily fit under this section. The order of magnitude of the fee for FIDES (€25 per annum) is of about 0.2% of the yearly income.